How to succeed in business? Think. 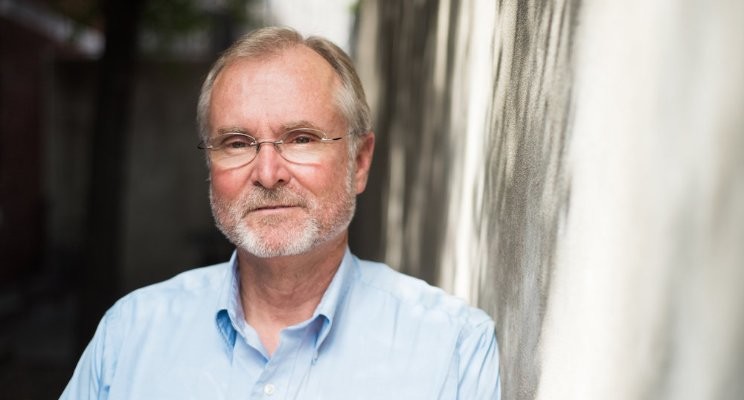 “Now there you are;

That face that somehow I trust.

It may embarrass you to hear me say it,

You have the cool, clear

Eyes of a seeker of wisdom and truth;

Yet there’s that upturned chin

And that grin of impetuous youth.

Oh, I believe in you.

I believe in you.”

If you have any small, warm spot in your heart for American musical theater, you probably already know the story behind the song I Believe in You that I reference above. Yes, the words are on the sickeningly sweet side, but it’s musical theater, so imagining the words sung from one madly in love ingenue to her beau is not difficult. However, the kicker to this song is that it is sung by the leading man, J. Pierrepont Finch…while staring into a mirror.

Long before one of the lesser Saturday Night Live cast members became famous for a single, repetitive skit that involved speaking self-affirmations into a mirror image and then rode that fame all the way to the U.S. Senate (that really happened… not a work of fiction there), there was the character of J. Pierrepont Finch in How to Succeed in Business Without Really Trying. Finch was the original self-affirmation king. As the story goes, Finch rises from the mailroom to the executive suite and all the way to the boardroom during the arc of the musical. He most definitely believes in himself along the way as he is encouraged by the words from a book about how to succeed in business. Naturally, complications with a love interest, organizational politics, rivals, and other musical comedy silliness are found along the path from bottom to top. It’s a cute show, and it’s been revived several times since its debut in the 1960s. For me, I Believe in You is the song to remember from the show’s offerings. The lyrics offer an important reminder about thinking strategically.

Wait. What does that song have to do with formulating good strategic thinking? The song in its full context reminds me that one of the biggest mistakes in formulating good strategy is to tell yourself how wonderful your strategy is without putting it into the context of the real world. Finch happens to be singing to himself… staring into a mirror… in an executive washroom. Meanwhile his fellow executives are scheming about how to sabotage Finch’s rapid rise among their ranks. They hate him.

Take Notice of the World Around You

Given that the story is in the musical theater tradition of the mid-20th century, the rise of Finch results in a mostly happy ending. But think about it. In the real world, I’ve seen too many people who become enamored with an idea, with themselves, or with what they think is going to provide them with their pot of gold at the end of the rainbow. Metaphorically speaking, they spend way too much time in bathrooms singing to themselves while staring into mirrors. The problem is, no one is in the bathroom to challenge the executives, save an empty reflection of themselves. And that is neither challenging, nor helpful. It’s not real. It’s just a reflection. The real world is outside, and it will challenge you in ways you’ll never suspect.

For Finch, his fellow executives were waiting outside the washroom, scheming away and ready to derail his plans. Those fellows were going to figure out a way to erode Finch’s capabilities to advance in the company. They were Finch’s eroding factors, waiting to stop his ability to create value for his boss and gain new rewards in the company. The possible eroding factors that wait outside your particular washroom where you’ve been singing your strategic thoughts and plans about your business (or your career) are far more numerous than a gaggle of feckless managers. Those eroding factors might be competitors, changes in technologies, shifts in demand for what you can do, jumps in costs, new regulations, or even a possible change in your own personal health.

Stop a Moment to Think

From time to time, we all need moments where we can shut the world and its hassles away and remember that we can create value in this world. We are value creators. That’s how people are wired. We can give ourselves a taste of self-affirmation to remind ourselves of that essential fact, that we create value and are, therefore, valuable in this world. That reminder is not a bad thing. But self-affirmation can turn counterproductive when carried too far, like a Saturday Night Live skit morphed into a Senate seat (which ultimately ended in resignation after said Senator, in an astounding act of poor judgement, chose to document his sexual harassment antics for posterity…with photos. Again, true story.).

Like Finch, we can become unaware of the eroding factors around us if we spend too much time in self-reflection rather than paying attention to the world around us. I don’t want to erroneously communicate that some self-reflection, self-encouragement, and self-affirmation is inherently bad. But we should keep in mind that Finch put himself in a bad spot because he was so busy singing to himself about himself and his plans that he wasn’t paying attention to the eroding factors in his life. Sure, sing to yourself in the bathroom about what you want to do in life. After all, voices always seem to sound better in bathrooms, especially during showers. But never ignore the world that waits outside the door. Think about what can erode your ability to create value in this world. Think about how to avoid or slow the eroding factors. Make sure you look away from the mirror and see as much of the real world outside the door as possible. You can sing about the eroding factors, too. That might make the whole song better.

Thinking clearly can be as simple as considering value, rareness, eroding factors, enabling factors, and longevity. Learn how to form a clear path forward with the V-REEL™ Framework for strategy formulation in my book, Think Beyond Value: Building Strategy to Win, now available from your favorite e-book seller and coming in print March 2018. Find free resources to get started here.