The one reason there will always be opportunity in the market 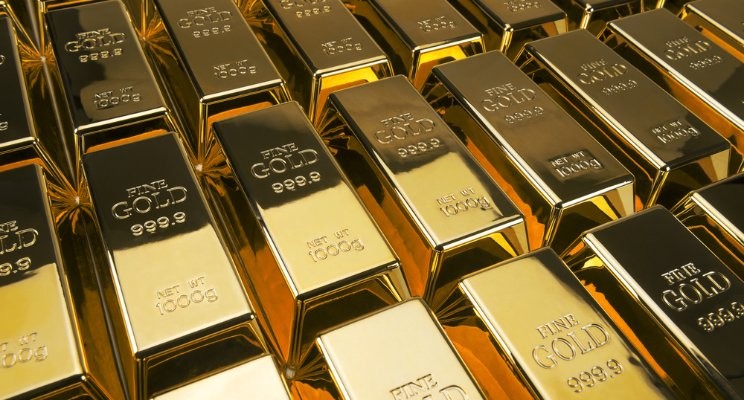 “All the shine of a thousand spotlights

All the stars we steal from the night sky

Will never be enough

Towers of gold are still too little

These hands could hold the world but it’ll

The lyrics from Never Enough are very simple. The song is longer than the words written above, but the quoted section of the lyrics are the core of the song and emphatically repeated when performed in The Greatest Showman. The dramatic setting of the song is done well in the movie. Perhaps not since Julia Roberts wore that red dress in Pretty Woman has the color red been used quite as effectively in film as in the scene when Never Enough is sung. Sure, that’s just an opinion on my part, but go see the film if you want to disagree. Then you have a basis to disagree.

Oddly, based on reviews compiled by rottentomatoes.com, The Greatest Showman was not well received by the professional critics. Forty-five percent gave the movie a “rotten” score. The audience surveys came out much better with eighty-nine percent favorability. The box office take by mid-February of 2018 (about two months after release) was approaching $150 million just in the USA. Apparently, what the audiences have found to be of value while watching the movie was missed by nearly half of the professional critics.

That observation about the divergence between audiences and critics reinforces the assertion that value is a subjective phenomenon. The value we create in the world exists in the minds of others. It is not the same from person to person. It changes over time. It is influenced by the context of specific circumstances. It’s a moving target and that can make finding ways to create value a little bit tricky.

Perhaps I should not be surprised then when I hear people assert that they cannot create value in the world, that they don’t know how, that everything has already been done, there’s no room for anything else, they aren’t as good as others, etc. I don’t buy that thinking. Why? Let me direct your attention back to those lyrics quoted from Never Enough. Granted, the song is about a blossoming feeling of romance within one of the film’s characters (won’t say more for the sake of not spoiling plot lines). But, there is a larger truth about humanity in those lyrics. There is always room to create more value in this world because this world never has enough to satisfy the wants of the people who live in it.

True confession moment for any person reading this bit of writing. Do you feel like you have enough? Really. Enough of everything that you want? Really. And if by some miracle of providential actions in this universe you do feel as if you have enough of everything that you want in this world and for the life you live in it, can you look around you and point to any other person you know who also feels that way? Really. And if by some double miracle there are two of you, do you think that the majority of the billions of people who are alive in this world feel like you two? Or do you think that the two of you might be relatively rare?

Value in this world arises because people in general want things and then never have enough. They may have enough (even too much) to eat, wear, or even assure an enormous consumption of luxury goods, but they never have enough. I have been blessed with the opportunities to travel to well over fifty countries (maybe over 60… depends on how the counting is defined… it’s complicated), and I have seen people living with barely enough food to stay alive and people living in truly over-the-top mansions. The variety of world views and cultures I have been able to observe and experience is startling when I stop and think about all of them. While the temptation is to say that when comparing the different standards of living the people residing in the mansions have enough, I know that is not correct in a literal sense.

Why? Because those people, and all of the others whom I have known, still want more. The type of “more” changes, of course. But, they still want more. I won’t bother to list all the different things that continue to be wanted, even by the wealthiest of the world, but you know that wealth is never enough. Just look inside you and be honest with yourself. That honest self-reflection doesn’t need to go down the path of wanting something as basic and fundamental as good human relationships. Just think about all the material things and life experiences that you still want. Really. Even the people I’ve known who keep the most simple-lifestyle and have plenty of money to spend still wanted more… a better fishing pole, another book to read, a more comfortable pair of shoes, to visit the Grand Canyon. Yes, those are all real examples I can think of from people I have known who would say that they generally had everything they wanted in life but still admitted they did want at least one more thing.

There will always be a way to create more value in the world because the people in this world never have enough. You can find a way to create value in the world by understanding that all the people around you never have enough. Discovering a way to provide something of value to some other person is the human thing to do. We are wired to never have enough, and we are wired to find ways to help others have more of what they want. That is the market system. It’s not perfect. Bad things can happen because people never have enough and what can be valued by people can also be destructive. Yet, the truth about human interactions is that much of what drives our interactions is based on the matching of what economists call unlimited demand with the ability of people to discover ways to meet some part of that unlimited demand.

Do you want to find success in the market? Do you want to increase the standard of living for those around you? Do you want to help people? Do you want to advance your career? Do you want to start your own business? Do you want to solve problems that you see in the world around you? For all those questions, the creation of value for others will end up being key to your success. There will never be enough value created in this world to close the door to more opportunities to create value. Some people may look at the phenomenon of unlimited demand and wants in the world and think that is a negative aspect of our existence. After all, their argument may go, shouldn’t people be satisfied once they attain a certain level of wealth? Isn’t anything beyond that just greed and avarice? I prefer to look at the unlimited wants of people as a guarantee that there will always be opportunities to create more value in this world, and to be rewarded for doing so.

“Towers of gold are still too little, these hands could hold the world but it’ll never be enough…” So, go ahead and figure out what has value for your customers, your boss, your community. You might discover that you are a great source of value in this world because it never has enough.