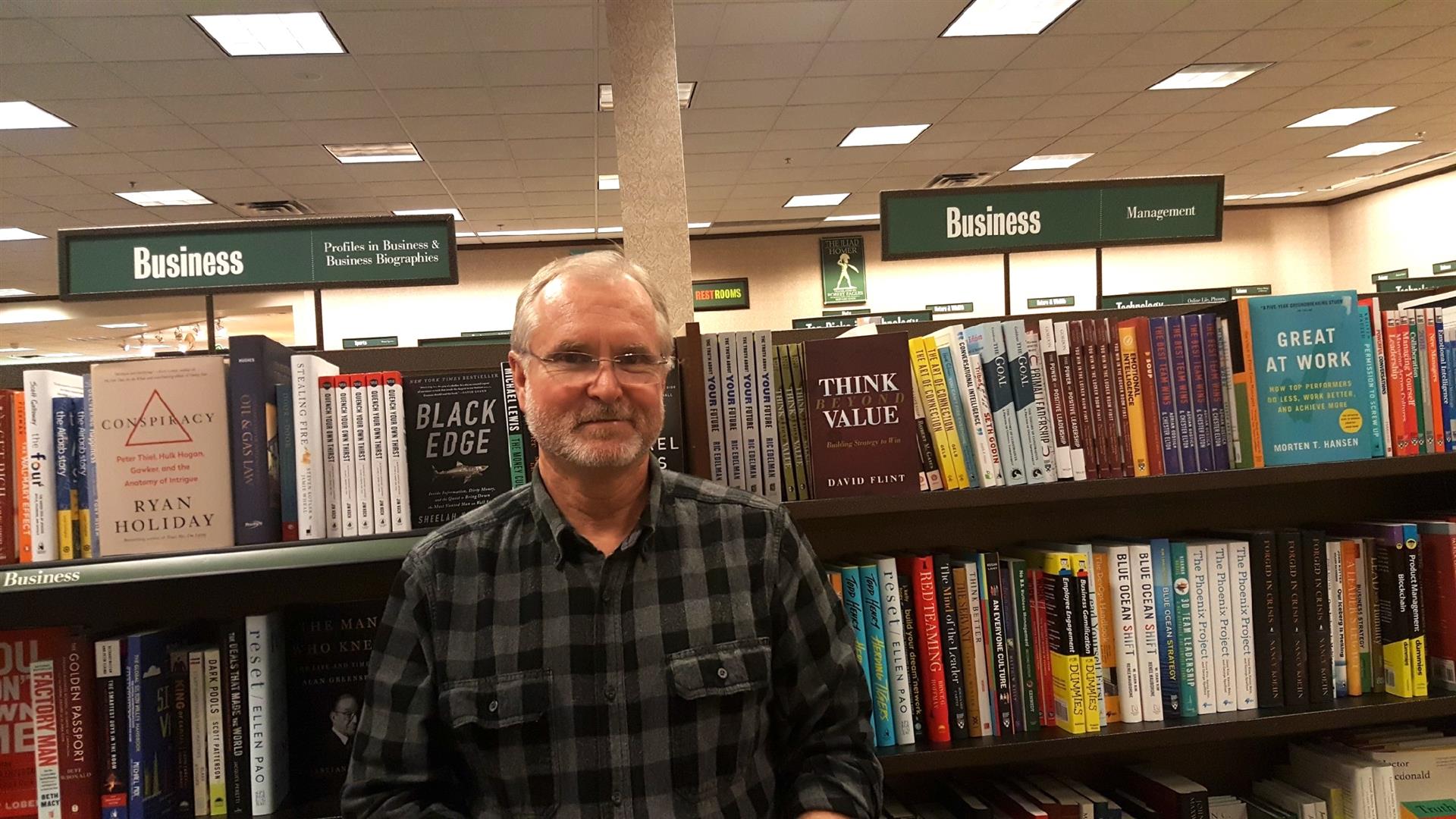 The moment finally arrived. Two years? Five years? Eighteen years? Twenty-eight years? I’m not sure how to count the time between when Think Beyond Value: Building Strategy to Win began to form and the moment last night, Friday March 30, 2018 at about 9:15 PM when I saw the book sitting on the top shelf of the Business – Management section in the College Station location of Barnes & Noble. For some complicated mental-emotional reason, the book never felt “real” until last night. Perhaps that feeling of closure couldn’t arrive because the process has been long, and like much of life, composed of small steps building upon each other until one realizes a major intersection or summit of experiences has been reached.

Almost 28 years ago, I began a Ph.D. program at Texas A&M University in the field of Management. The knowledge and experience gained in that program created the foundation for the book. Around the turn of the century, while holding strategic management classes for MBA students, I began teaching the ideas and steps that, over time, turned into the V-REEL™ Framework and became the way I structure my strategic instruction, mentoring, consulting, and practice. In the last twelve years or so, I’ve published academic articles with the help of David Van Fleet and Kenneth Cory that incorporated or focused upon V-REEL™ applications. About five years ago, Christine Hollinden began prodding me to write a book about the V-REEL™ Framework because she thought it was so useful. She was very persistent. In February of 2018, I began working with Joan Quintana to help me bring the book to life and explore the process of finding a publisher. On March 13, 2017, I signed a publishing contract. And then last night arrived… and Think Beyond Value is now a real book, not just a flicker of electronic images that disappear when the power is off, but a book with words on pages, weight, and sitting on the shelf in Barnes & Noble. Okay, true confession moment… I smiled… several times.

In the end, Think Beyond Value exists because of the input, efforts, and encouragement of many people, not just me. The decision to push to the end and see where this long process could go was, of course, mine. The story isn’t finished. The decision to write the book and allow the V-REEL™ Framework to move into the hands of the public was made because people had told me over the years that it helped them think more clearly, more strategically, and more successfully about their companies, their jobs, their not-for-profits, or life in general. When enough people say something has value, guess what… it just might have some value for many people. That is my hope now. I hope that many people will find this book helpful in discovering how to make better decisions and plans for their companies, organizations, careers, and life in general.